Dodger's really a dog after all?

I wouldn't for one second suggest that there's anything good about our losing the girls. It has been devastating for us, and we've even observed Dodger having nightmares (he never was the type to growl and bark in his sleep--we hope it's helping him work out his grief).

But some interesting things have happened in the past few days. We threw out Mandy's ball, because it was just too crushing to look at it lying there, while the girl it belonged to had departed this life. When they played together, Dodger would grab it to play a sort of keep-away game when all three of them went after it, but he was never interested in playing ball himself.

The day after Mandy died, I found a new tennis ball, still in its wrapper, in the closet. I unwrapped it and asked if he wanted it. Not only did he want it, but he chased it when I threw it and brought it back to me. This type of canine behavior was never in Dodger's repertoire!

Then today, a friend at work who was hurting for us brought me a bag. In it was a big, fuzzy bone-shaped dog toy and some treats, along with a card:

Jess,
A little something to help lift the poochie's spirits.
Sorry for your loss!
Pat


I thanked her repeatedly for her thoughtfulness (it was very thoughtful and really touched me!), and I brought the bag home. This evening, not only has Dodger taken an interest in the toy but he actually was using it to play tug-of-war with Marc.

After all these years, Dodger turns out to be a dog?? I suppose so. I actually had wondered, from time to time, if his behavior would change when the girls were gone--figuring, based on ages and health issues, that this day would come someday. Sure enough, it has. The kids spent a lot of time competing with each other, trying to show who was in charge, etc.  They never even threatened to hurt each other, but they were like competitive siblings.

So now, it appears that he can just relax and be a dog. Considering how we got here, I certainly have very mixed emotions about it. But if we had to lose Bernice and Mandy--and that definitely was beyond our power to fix--at least if he can have some of the puppyhood he never got to enjoy, then that's a good thing.
Posted by Jess at 8:03 PM 3 comments:
Email ThisBlogThis!Share to TwitterShare to FacebookShare to Pinterest

Not even six weeks after losing our beloved Bernice, we've now lost our other girl. Mandy, the puppy we adopted for Bernice to raise, is gone. Bernice did a wonderful job raising her puppy, and they both brought such joy to our lives. Now they're gone. I hope their spirits live on, together in a better place. I hope they and my parents are in a wonderful place together where Marc, Dodger and I will get to see them again someday.

For now, some photos to remember the beautiful girl we just lost. 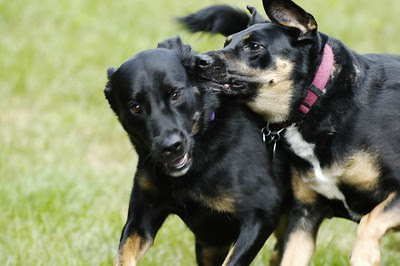 This one really is the best. It's what I hope the girls are doing now, as my parents watch and smile! 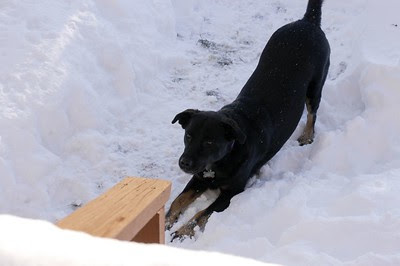 She was about 5 years old here. She always loved the snow! 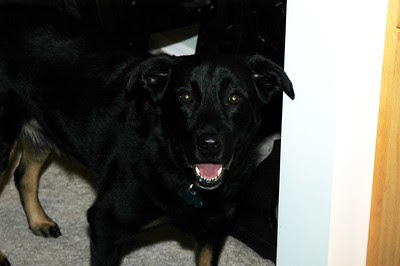 She had the most beautiful fur. When she was freshly bathed, she shined! And her coat felt like a mink! 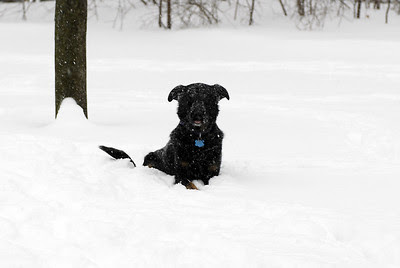 Did I mention that she loved the snow? 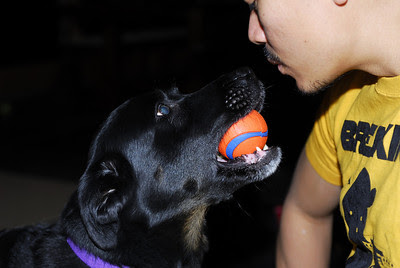 She also loved playing with a ball. Here, she's challenging Patrick in his own home in Vermont! 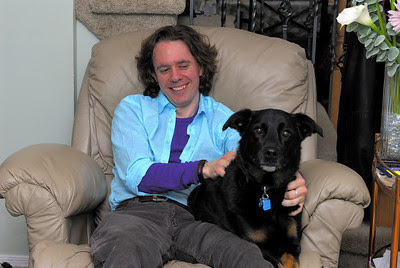 And here, hanging out with another friend named Patrick. As you can see, Mandy was always nice enough to let friends share her furniture! 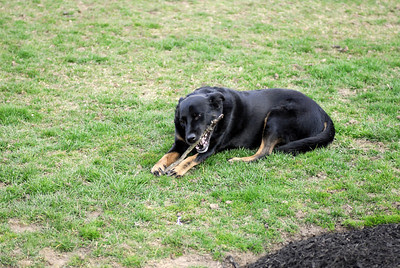 No stick stood a chance against her! This was one of her favorite pastimes.

I'll stop there for now. I don't want to overload you on photos of the beautiful girl. Besides, I can save some for another day!
Posted by Jess at 9:51 PM 6 comments:
Email ThisBlogThis!Share to TwitterShare to FacebookShare to Pinterest


This post may make you think I'm a complete flake, but it's an accurate report. Granted, the meaning is subject to interpretation, but... well, here goes...

For years, there has been a dog hidden in our bathroom ceiling. I know that sounds weird. Here's how it works. While showering, once the ceiling outside the shower gets steamed up, there's what appears to be the image of a dog's face that emerges there. Yes, I always figured it was a quirk of the paint (as opposed to the spirit of some family dog visiting us on a daily basis).

Then came today. This afternoon, we were in the shower, and at some point in things, I looked up and saw something. Marc saw the look on my face and knew something was up.

Me: There's another dog.

Me: On the ceiling. There's another dog.

Marc looked where I was looking, to the right of the dog image we knew about, and then he saw it. There was another one there. Perhaps just another quirk in the paint and how condensation collects there.

But he added exactly what I was thinking: "It looks like Bernice."

And it does. Not just a dog, but a dog that looks like our Bernice.

Maybe it's nothing. Maybe it's just condensation from shower steam on ceiling paint. Maybe that's all it means when we suddenly, after all these years, see this... an image that looks like the dog we've been mourning for the past few weeks. Maybe, or maybe it means more than that.