I've again neglected my blog. So how about we go back to posting photos from last year's trip to France?

After Nice, we got back in the car and drove up to Lyon. When we got there, we found that our hotel--one of the best rated hotels in town--wasn't in the old part of Lyon. Still, I found the view lovely and had to take a shot. This was done hand-held, bracing against a window frame, so it isn't exactly perfect... 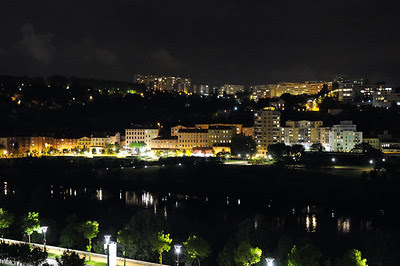 An interesting feature of Lyon is the traboules. They're passageways that run through buildings, connecting streets and courtyards. Many of them are open to the public. Our friend Eric, an American who has been living in France for much of his life, took us around and showed us through some of his favorites. Here's a view from inside one... 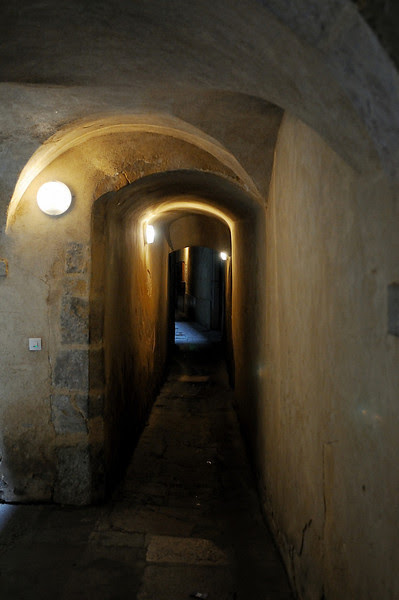 All kinds of interesting architecture back in those passageways... 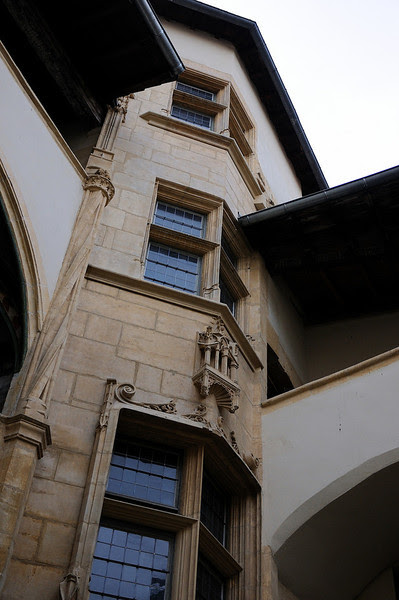 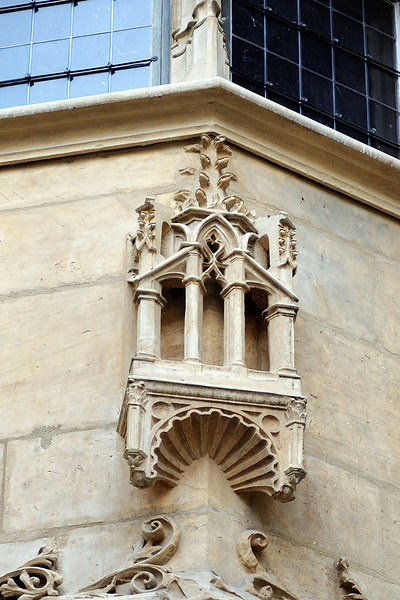 Check out one of the many little details!

Many of the windows have crosses built into them. In a country where Roman Catholicism is the official religion, one might think this was just a common profession of faith, but Eric explained that these windows go back to a time when there was a window tax. Having the cross apparently gained an exemption; hence, lots of crosses built into windows... 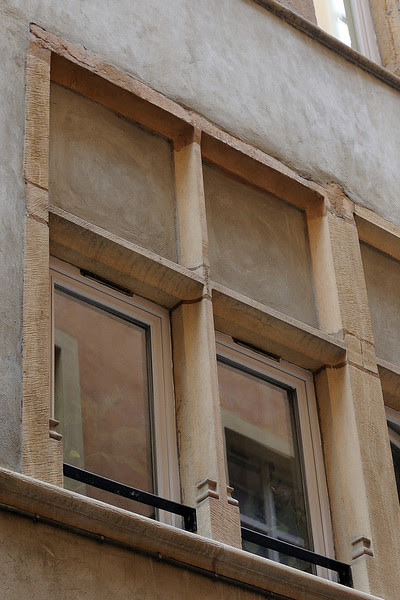 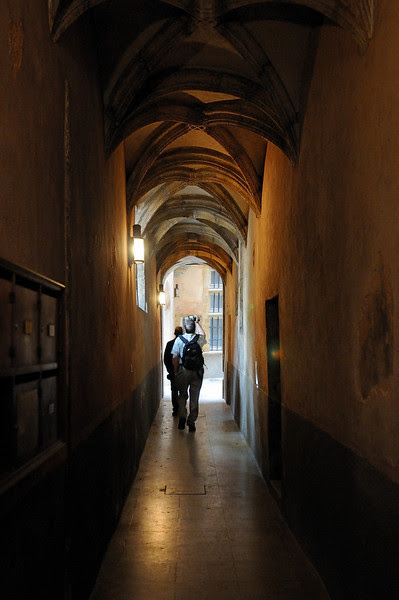 Another traboule, with Marc & Eric up ahead, Marc videotaping as he walks 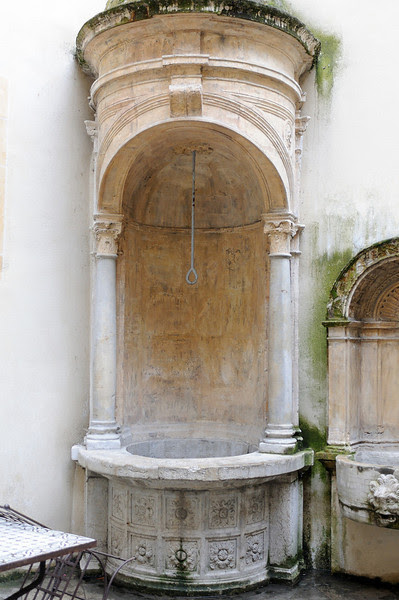 I seem to recall these wells having some sort of religious use back in the day--yeah, that's all I've got. Can't remember what was said about them!

There's something special about this shop that got me to shoot a photo through the window... 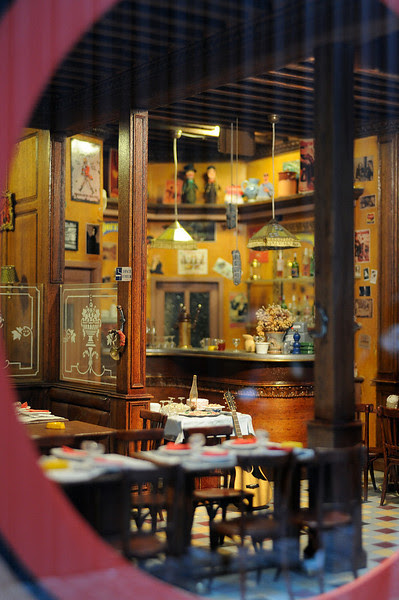 What's special is that this is the Miniatures Museum, and everything you're seeing is tiny. The chairs are maybe two inches tall.

I loved the name of the pub in this next shot. I particularly liked the drawings at either end of the awning (you may have to click on the photo for a larger version, so you can see it well). 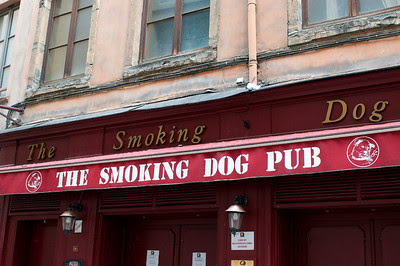 Please note: you shouldn't encourage your dogs to smoke. It's not good for them! 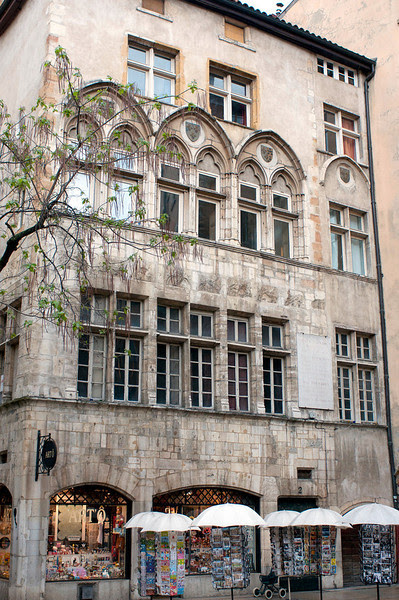 A building I found interesting 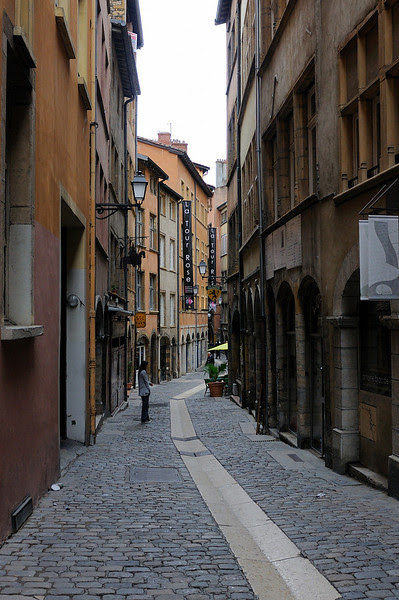 A street in Lyon

I suppose that's enough for one post. Hope you enjoyed it!
Posted by Jess at 8:52 PM No comments:
Email ThisBlogThis!Share to TwitterShare to FacebookShare to Pinterest
Newer Posts Older Posts Home
Subscribe to: Posts (Atom)