That would have made Star Trek: The Next Generation even better

Time to revive my poor, yet-again-neglected blog. And what better reason to restart it than the sighting of a hot man? This afternoon, as I was doing chores, I was watching an episode of Star Trek: The Next Generation, called "The Outrageous Okona."

When I saw Captain Thadiun Okona, I was... interested. Marc is the one who remembers actors, their names, etc.  I'm pretty bad about such things. Anyhow, the actor was Billy Campbell. He looked like this in the episode: 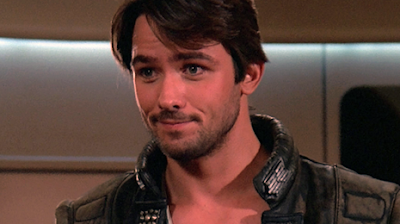 Looking him up, I was reminded of some of his roles. I also read that he was the first choice to play Commander Riker. No offense to Jonathan Frakes, but... wow, he could have been Commander Riker? I was and am a Trek fan anyhow, but looking at this every week wouldn't have been too much of a hardship!: 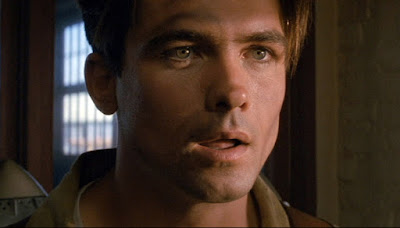 Come on, would that have been so much to ask?