Ten years ago today, we received a wonderful gift. The gift gave himself to us. His name was to be Dodger, and he walked up to me on a Brooklyn sidewalk, skinny, hungry, dirty and looking to share his love with people who would care for him. We gave him what we needed, but we got the better part of the deal.

Thank you, Dodge, for all the years of love and fun. I hope you have many years left to share with us!
Posted by Jess at 10:05 PM 6 comments:
Email ThisBlogThis!Share to TwitterShare to FacebookShare to Pinterest

Didn't have that in mind at all!

It's car shopping time. Okay, for normal people, it wouldn't be. I have six months left on my car lease, but I want to really know what I want well in advance. So I've been poking around online. I'm also the type who keeps an eye on what's new in automobiles. I even watch Motorweek on PBS. I know, sad.

On the way back from rugby on Saturday, we started visiting car dealers. I'd already seen the new Ford Explorer up close and had that on the mental short list. Oh, I should mention that I'm leaning towards a crossover or SUV now, having had enough sports sedan for now. Marc has a crossover, but we really could use something with a little more room. So the Explorer looks interesting. We also had a few others in mind.

So on the way back from rugby, we stopped at... I can't even believe I'm typing this... a Cadillac dealer. Yes, Cadillac. We looked at the SRX. I liked its looks and had read some good things. Unfortunately, we sat in it and took an instant dislike. The legroom wasn't enough for Marc, the stitching on the headrests wasn't stitching but rather a sort of application, and the issues went on from there. I really expected to like it a lot and was disappointed that we found a lot not to like.

Okay, on to our next stop. We have friends who love Subaru. So we went to a Subaru dealer. I'd seen the Outback and thought it looked nice, so I wanted to check it out. Again, sitting in it took care of that. Neither of us was impressed. Actually, I'm sure Marc was relieved that I didn't like it, since I tend to say Subaru as Soo-Ba-Rooo (think Scooby Doo).

Here's where it gets interesting--well, for me; you're probably bored to tears by now. The Subaru dealer was a combo Subaru and Lincoln dealer. I hadn't even noticed those being together, but we later saw another dealer that was Ford-Lincoln-Subaru, so I guess there was some kind of deal to pull them together. Anyhow, Lincoln wasn't really on my radar, but we took a look at the MKX crossover as long as we were there, and it was quite nice. Definitely a contender. We were going to leave it at that when the salesman said something about the MKT. To me, it looked like a stationwagon (if they even call them that anymore), and I honestly thought, "hmmm, that thing is pretty ugly." Here, take a look...

Okay, not horrible, I suppose, but not as sleek as the Caddy. Here, check out the big butt on this thing (not that I should talk!)... 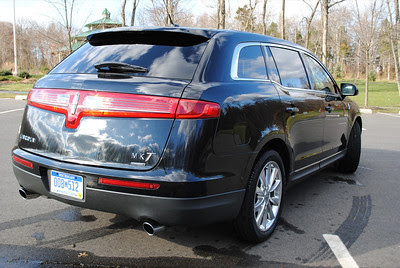 So its looks didn't wow me, and I'd like more ground clearance (the past winter's snowstorms made things tough). Still, I hopped in it to check it out. Oh my dog! It's sooooo comfortable, and the available features are amazing. As I said to Marc, of the cars we've checked out so far, this is the one that had me immediately imagining being on road trips with him and the occasional visiting friends. From the technological features to the "Eco-Boost" engine to the huge (HUGE) sunroof to the refrigerated compartment in between the second row seats (okay, so those are options that would up the price), I really was blown away. Plus, it's top-rated for safety. I'm amazed that this vehicle is relatively unknown.

Also interesting are the "meh" reviews it has gotten, including by Consumer Reports. Meanwhile, when I checked Owner Satisfaction in its category, I found that it blew away every other car, including Acura, BMW, Mercedes, Infiniti and even its fellow Lincolns. I feel like I found a secret. With that said, I don't know if I'm getting one, since I haven't even driven it yet. That's yet to come.

So really, a Lincoln? I saw that as a car for someone a lot older than me, but the MKT definitely is a contender.

We also went to the Toyota dealer to check out the Highlander. I was particularly interested in that one, because they have a hybrid version available. Unfortunately, I was troubled by "fit and finish," as they say. Since my headaches with the Infiniti I now own come from easily dented (and I mean really easily!) sheet metal and paint that is marked way too easily, I would like something a little tougher. My prior vehicle was a Volvo that didn't pick up so much as a scratch in the years I had it. This Infiniti, in comparable conditions, is all marked up and has a few dents because of its tinfoil construction! Too much of a headache! More importantly, I didn't find the Toyota seat supportive in the right places. My commute is too long to compromise on such things!

So what are we left with? Well, Marc has ridden in a Buick Enclave and said it's very nice. That's reason enough to go check it out.

Other than that, I've checked out other vehicles online and eliminated quite a few, either due to feature issues, underpowered engines (New York roads are not for the meek--getting safely from an acceleration lane into traffic during rush hour can require some punch) or price. A couple of the ones I liked looked okay until I started adding features, like navigation and such, at which point their prices ballooned to huge amounts.

So I suppose the current short list is:
Ford Explorer
Lincoln MKT
And maybe the Buick Enclave, but I haven't even sat in one yet.

Of course, with six months left on my current lease, I may yet find something else to like, but I really am surprised at what's on my list. I really didn't have Lincoln in mind at all. Go figure!
Posted by Jess at 9:25 PM 2 comments:
Email ThisBlogThis!Share to TwitterShare to FacebookShare to Pinterest

How about some more rugby photos? Two days ago, Gotham played Brooklyn. It was a hard-fought match. Brooklyn won, but Gotham put up a good fight and I was proud of the boys.

As always, click on the photos for larger versions. 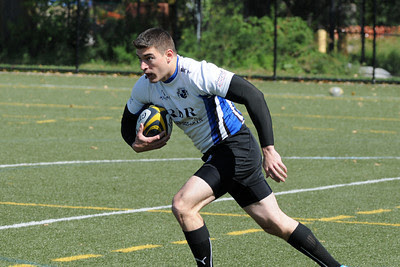 One of Brooklyn's guys 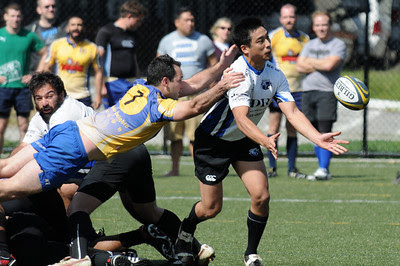 That's Zander flying through the air. Zander is handsome, athletic and a native of South Africa. Love that accent, Zander! 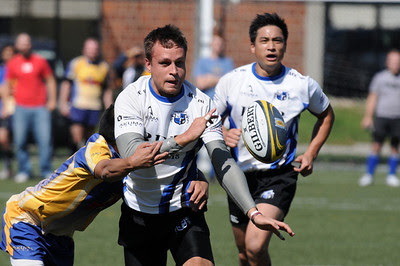 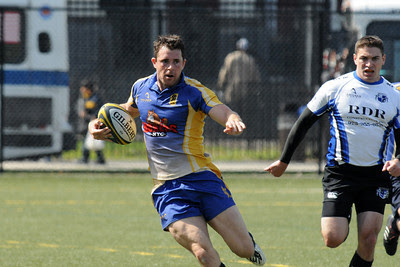 This is Joe. Joe is a friend and an absolute sweetheart. He's straight, but we don't hold that against him. Hey, the boy can't help it if he was born that way! Now if he'd just work on those skinny legs of his! ;) 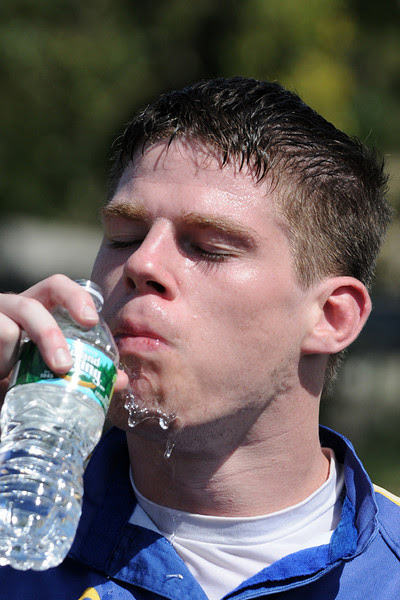 This is Mike. Mike is new to Gotham. Mike isn't hard to look at! 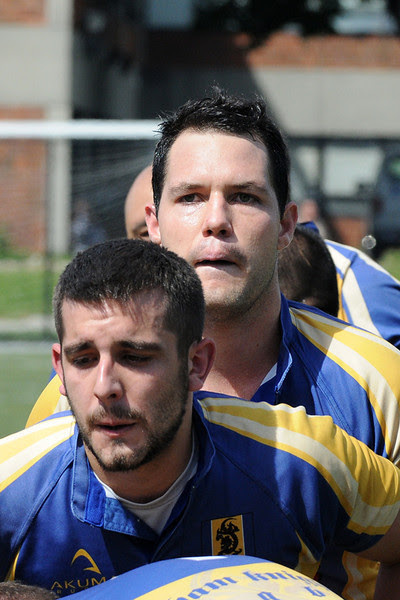 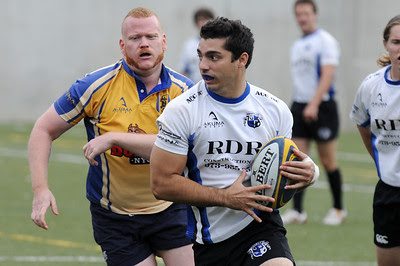 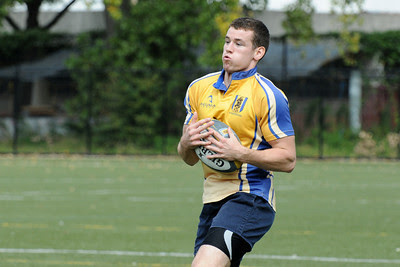 Another of the new boys

Okay, that will do for now. Hope you like those. If you want to see the full set, go here.
Posted by Jess at 9:20 PM 2 comments:
Email ThisBlogThis!Share to TwitterShare to FacebookShare to Pinterest

That shouldn't be cause for praise

A week and a half ago, one of my staff members, Joanne, lost her husband. He had cancer, and it took him from her when he was just 48 years old. Last week, there was a wake and funeral. The wake was on Wednesday, and the funeral was on Thursday. Everyone wanted to go to the wake. People could have gone in the evening instead of the afternoon, but so that everyone could go to the wake together and show Jo our complete support, I closed the department.

Today, a longtime employee of another department who has known Jo for years made a point of telling me how wonderful she thought it was that I did what I did. I know the look on my face had to be complete confusion. At first, when she mentioned what I did for Joanne, I honestly wasn't sure what she meant. Then she explained that she was talking about closing the department, adding that "everyone is talking about it, and is so impressed that you did that for her. And that you went to the funeral, too."

Are other bosses so cold-hearted that doing something so simple stands out? Really, what else would I have done? This is one of our own, and she suffered a horrible loss. The right place for all of us to be was by her side, and that meant me, too, both for the wake and the funeral. I'm just amazed that people were amazed. Am I not enough of a prick to be in my job? Sometimes I wonder. But I'm not changing. I will continue to do the right thing as I see it. In the end, I have to look at myself in the mirror, and I want to be happy with the man I see. It's unfortunate that an ordinary gesture of kindness is noteworthy. It really shouldn't be!
Posted by Jess at 9:21 PM 4 comments:
Email ThisBlogThis!Share to TwitterShare to FacebookShare to Pinterest

How about some rugby photos?

I still need to share more travel photos, but yesterday brought the start of a new rugby season, so I will focus on that right now. We played the Montclair Rugby team. They won, but the Gotham Knights held their own. We really looked good out there against a traditionally strong team, so I have high hopes for the remainder of the season. Here are a few photos from yesterday: 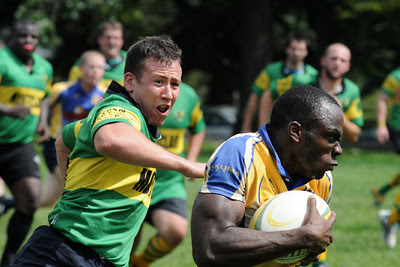 That's Rob. He's new to Gotham, and he's very fast. He pulled away from those other guys and just kept going! 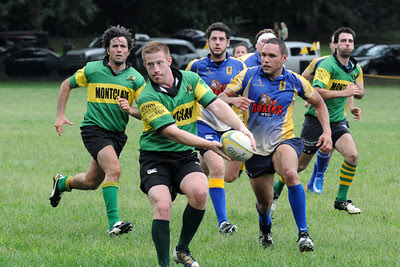 While I try to limit my admiration of members of the opposing team, this guy looked like a big version of Prince Harry. Needless to say, he was a bit of a distraction! 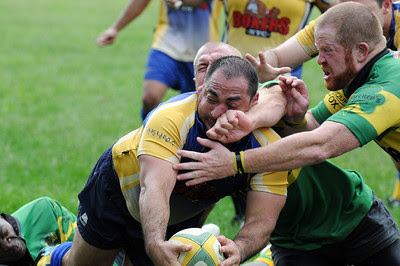 Here we see a guy "accidentally" breaking Elliot's nose. This same guy was given a yellow card later in the match. 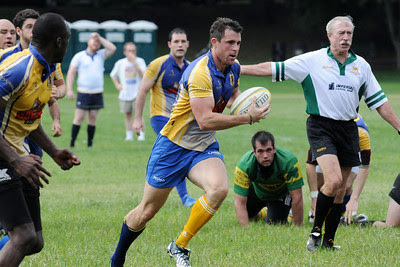 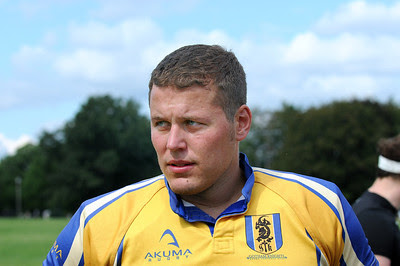 This is James. Sadly, he's just a visiting player. I'd be happier if he were local. He's not hard to watch!

If you're interested in looking at the full set of photos, they're here. Enjoy!
Posted by Jess at 11:48 AM No comments:
Email ThisBlogThis!Share to TwitterShare to FacebookShare to Pinterest
Newer Posts Older Posts Home
Subscribe to: Posts (Atom)